about us & golf car sales

Every golf cart and golf cart business has a story, and we are no exception.
See what makes us tick and why we are passionate about providing you with the best golf carts.

– Family that Works Together 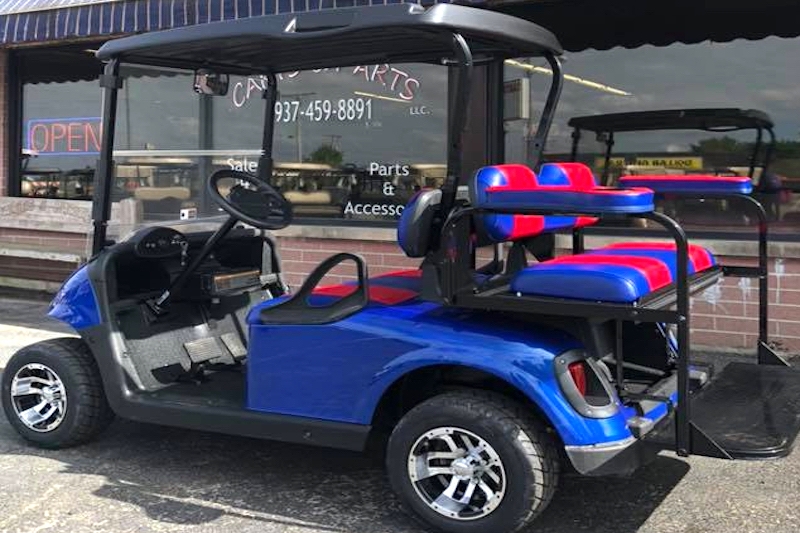 Well, do a good day’s work and act like somebody.
— Andy Taylor to Opie

For those of you who grew up watching The Andy Griffith Show, you understand the love the characters had for the small town of Mayberry. Neighbors helped neighbors, goods were purchased locally, and community support was never questioned.

When Andy told his son to “act like somebody,” he wasn’t talking about putting on airs or trying to be someone he wasn’t. Instead, he was reminding Opie to be aware of how he acted during the day, to have pride in his work, and to remember the true measure of a person is their character.

Do A Good Day’s Work 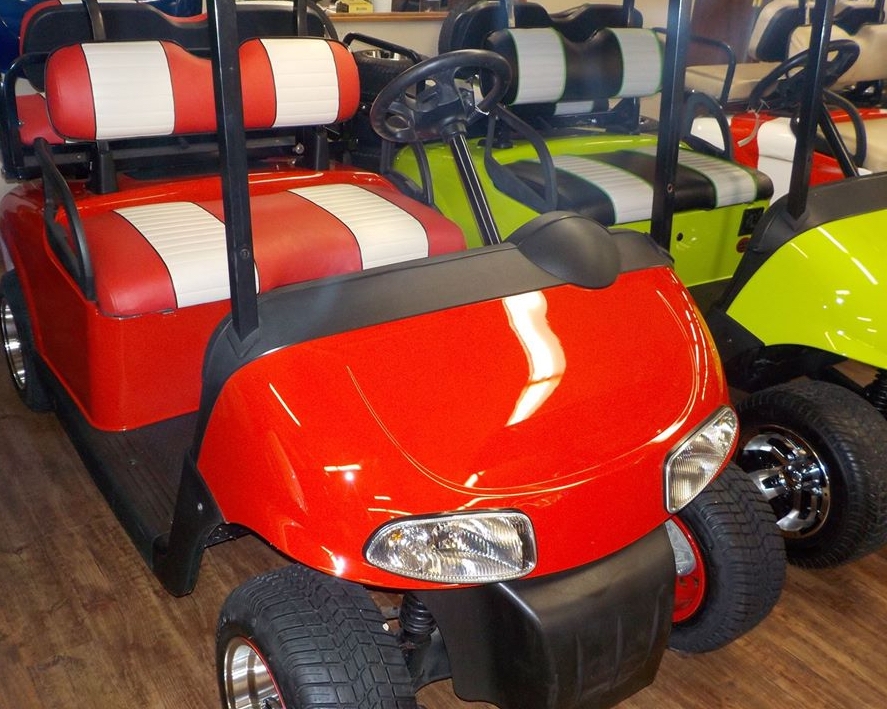 Necessity is the Mother of Invention

Twenty years ago, Eugene ‘Gene’ Thomason didn’t have to think about doing a good day’s work. He just did it. Thinking back to that time, he would tell you he was more frustrated than anything else.

Gene remembers, “Back then, fixing up golf carts wasn’t a thing. Nobody did it. It just wasn’t popular.”

So Gene got to work. He drove his truck during the day, worked on his golf cart at night. Part by part, he transformed the cart into something to be proud of—his own masterpiece.

One day, Gene and Shirley went camping and decided to bring along their “new” golf cart.

“Hey, where did you get that fancy golf cart?” he heard one of his buddies yell.

“Wow, look at that lift seat! And where did you get that rear passenger seating?” 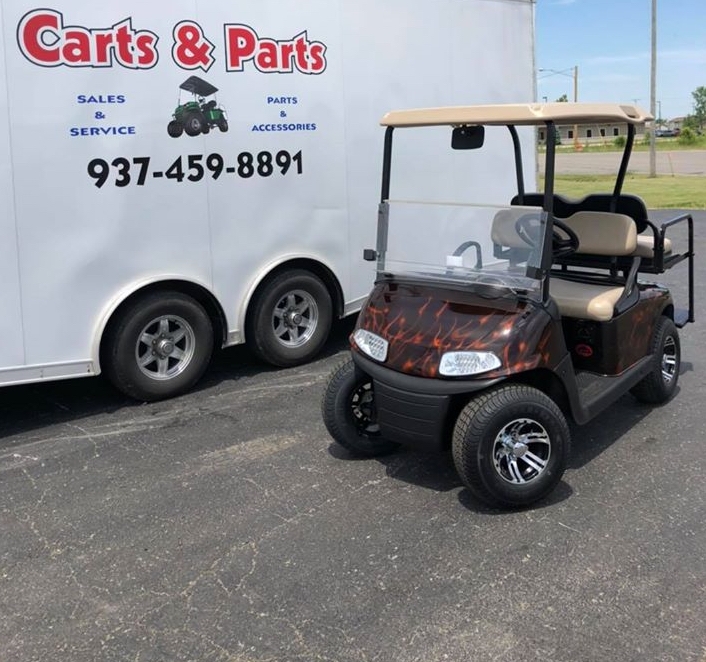 Where Did You Get a Golf Cart Like That?

A crowd gathered around their cart, questions peppering the air like buckshot. One admiring friend asked Gene if he would “fix-up” his golf cart too.

They say word-of-mouth is the most powerful form of advertising. But Gene and Shirley weren’t looking to advertise. But that didn’t stop more and more people from knocking on their door, calling on the phone, stopping them in the street to ask when Gene could fix up their golf cart.

“It was exhausting, but I loved working on golf carts. And I wanted to help people. I didn’t want to turn anyone away because I didn’t have the time.” 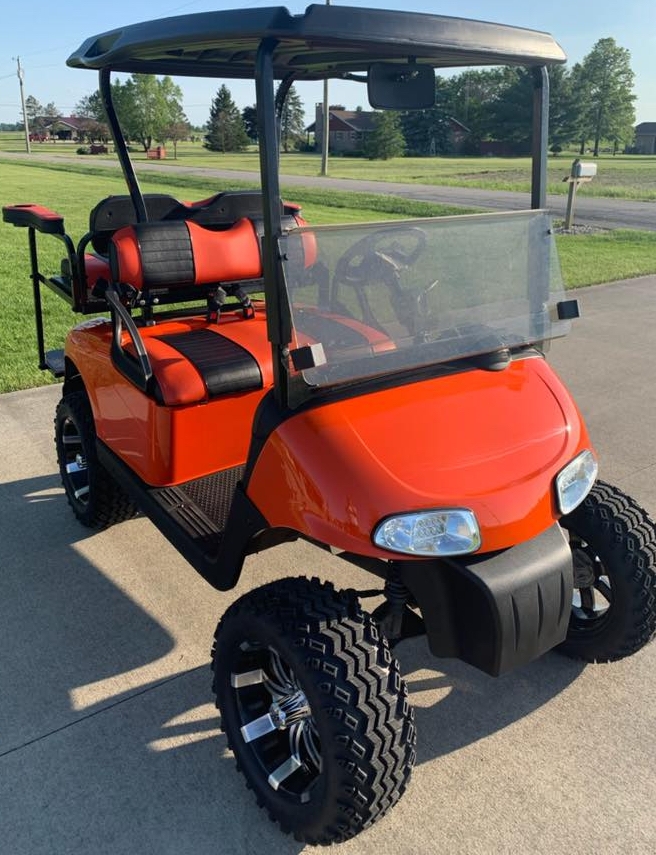 The Birth of Carts & Parts

One night over dinner, Shirley and Gene knew something had to give. It didn’t take long to decide fixing up golf carts would become Gene’s full-time job.

“What do you think we should name the business?” Gene asked Shirley.

“Well, it all started with you looking for parts; that’s what everyone seems to need.”

“Hey, carts rhyme with parts. How about Carts & Parts?”

And Carts & Parts was born.

Imagine doing something every day that you love AND you’re helping your friends—acting like somebody. Gene and Shirley were thrilled and excited, not realizing the danger that laid ahead.

The year was 2008, one of the biggest financial shocks in world history. Do you think they were worried?

But it didn’t stop them.

Gene and Shirley continued to “do good work,” building a workshop on their property instead of working out of the garage so they could better serve their increasing customers.

2008 turned into 2009, and sales never stopped. In fact, they escalated, creating the need to expand into a large building—the very building where Carts & Parts exists today.

Because they acted like somebody, they created a reputation and a loyal customer base that big corporations spend millions of dollars to create. But for Gene and Shirley, it only took one golf cart and a desire to do their best for the community.

Gene grew up in Union City, Indiana, a small town like Mayberry. It’s a town where everyone greets each other by name and honks as they drive by. There’s a slower pace where people take time to chat and genuinely want to know how you’re doing.

It’s not unusual that someone in town knows someone who knows someone. When Gene mentioned he was considering retirement, a friend suggested he meet someone—someone he thought had the same small-town values as Gene and Shirley.

That someone ended up being an entire family. A family with small-town values firmly rooted in community service.

The father, Jeff, carried the dream of working with his family the day his first child was born. But nothing seemed right. So he coached their athletic teams, spending as much time as he could with them.

Like Andy and Opie, they camped, they fished, they played baseball.

The oldest son, Cole says, “I loved playing baseball because it’s such a great team sport. Although it takes a team to win, each player is performing alone at the plate. We are all taught to “do your job” to move the runner along. I see many similarities in running this business. We are a team, and we all are responsible for our own part.”

When Jeff’s wife, Jodi,  heard of Gene and Shirley’s retirement plans, she thought of her husband’s dream. When she met Gene and Shirley, she recognized the same small-town values in them she saw in herself growing up in Fort Recovery, Ohio.

And so the baton was passed from one passionate family to another who shares the same small-town values of doing the right thing and being somebody.

The Family that Works Together Succeeds Together 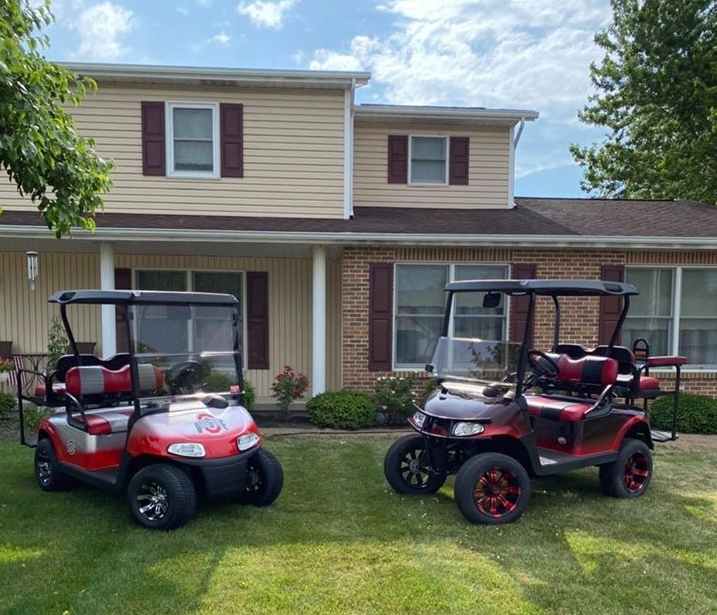 Everyone in the Wendel family has their purpose and responsibility, from 14-year-old Cali detailing the carts to 20-year-old Cade servicing them.

They work as a team just as the dad taught them as their coach. And if dad’s the coach, mom is their biggest cheerleader.

Jodi, who works part-time as an oncology nurse when she’s not working at the shop, said, “I see this business as an opportunity for us to grow together as a family. You could say, I’m their biggest cheerleader, wanting everyone to do their best and thrive.”

In the world of faceless Internet sales, it is common to experience at best apathy, at worse, the philosophy that business comes first, people last.

Like Gene and Shirley, the Wendels primary goal is to maintain their small-town values to provide superior customer service. Going above and beyond what’s expected.

Jodi explains: “We do more than what’s expected. Just the other day, someone needed a part. I told them I would be driving near their house on the way home, and would they like for me to drop it off? You don’t see that kind of golf cart service very much these days.”

Gene agrees. It saddened him to see businesses shut down in Union City in the last fifteen years. He hired local employees and supported the community. Doing what was right for people. 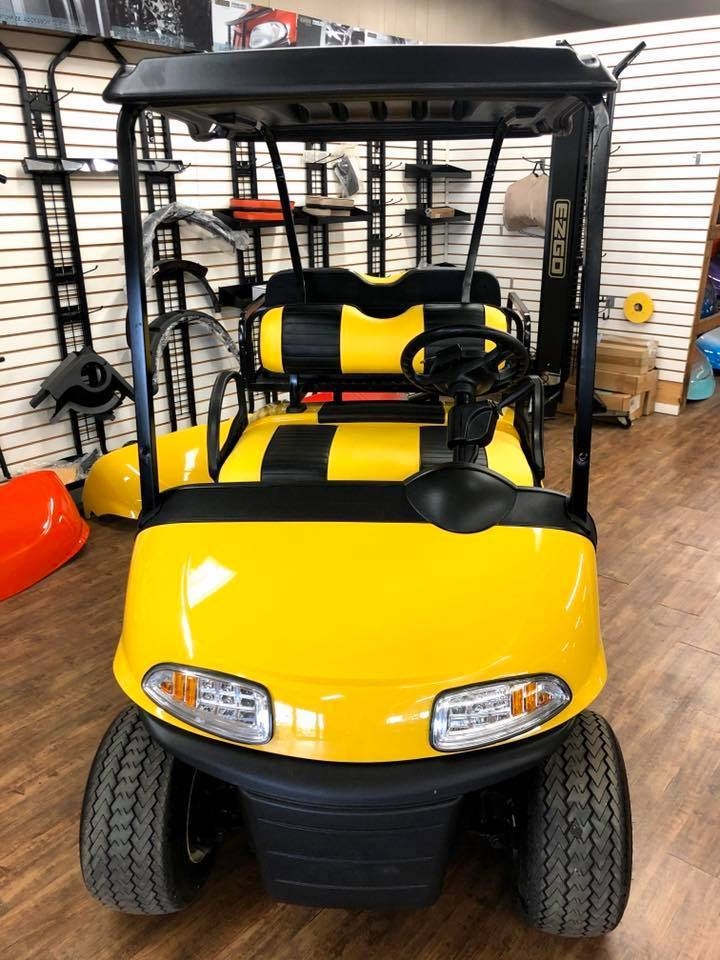 When you “give birth to something,” you give it importance when you bring it into existence. Gene and Shirley created an idea from Gene’s love of improving golf carts combined with a powerful community need.

Together, they created a unifying vision that maintains small-town values, creates prosperity, and supports community service. These values continue to thrive at Carts & Parts through a family entrenched in the community with the customer’s best interest at heart. They understand the importance of working hard and acting like somebody.

“The best part of my job,” 17-year-old Cobe answers when asked what he loved best about his job, “is seeing the smile on the customer’s face when I deliver their brand new golf cart. You can’t beat that.”

“Very fast service, called about new batteries in my cart. They said bring it on over. Got right in as soon as I got there. From phone call to new batteries was less than 2 hours!! Great customer service and great place to go for all your cart needs!”

“Just purchased my first cart and it was fast easy and very knowledgeable service. Will definitely be shopping for all cart parts and anything I need done from the guys at carts & parts!!”

“Great service and great price. This is the 2nd golf cart we bought from here and would recommend to anybody. If your looking for a Golf Cart then your destination is and should be Carts and Parts, LLC in Union City.”